Let us be clear, this is not the story of a restoration. In the words of Leslie Langille, the owner of the Pickup House in Granville Ferry, Nova Scotia, “For it to be a restoration, there would need to be something original left in place to restore.”

After years of an inexorable slide into deterioration, there was indeed very little original material left in place. For the lack of a better term, I suppose that this could be called a sympathetic renovation.

While the Pickup house once stood proudly on the shores of the Annapolis Basin, in recent years, it was perhaps the personification of faded glory. The house was built by local businessmen Lawrence and T. Harris Hall around 1827. Like many business people of the time, the Hall brothers were involved in a variety of endeavours. Among their enterprises, they operated an inn next door at the appropriately named Entertainment House, they were partners in the ferry which ran to Annapolis Royal and even provisioned the garrison at nearby Fort Anne. The house they built was in the Colonial style but, as with many Nova Scotia houses built at this time, it did not show the full degree of decoration which could be found in British or New England examples.

In 1848, the house sold to Samuel Pickup and his wife Cyline Willett. A businessman like the Halls, Pickup took full advantage of the booming Nova Scotia economy during the Golden Age of Sail. His store and shipping warehouses were kept on the waterfront directly across the road. It is from this house that his heir, Samuel W.W. Pickup launched his political career. Samuel W.W. was a county councilor for 18 years (three as Warden) and the Member of Parliament for Annapolis from 1904 to 1911. This was the house of a man of considerable standing both within the community and the province. After he lost the 1911 election, he was appointed to the Legislative Council of Nova Scotia where he served as a member until it was abolished in 1928. On a sadder note, this was also the home of Walter Willett Pickup who, on April 9, 1917, was killed during the Battle of Vimy Ridge. 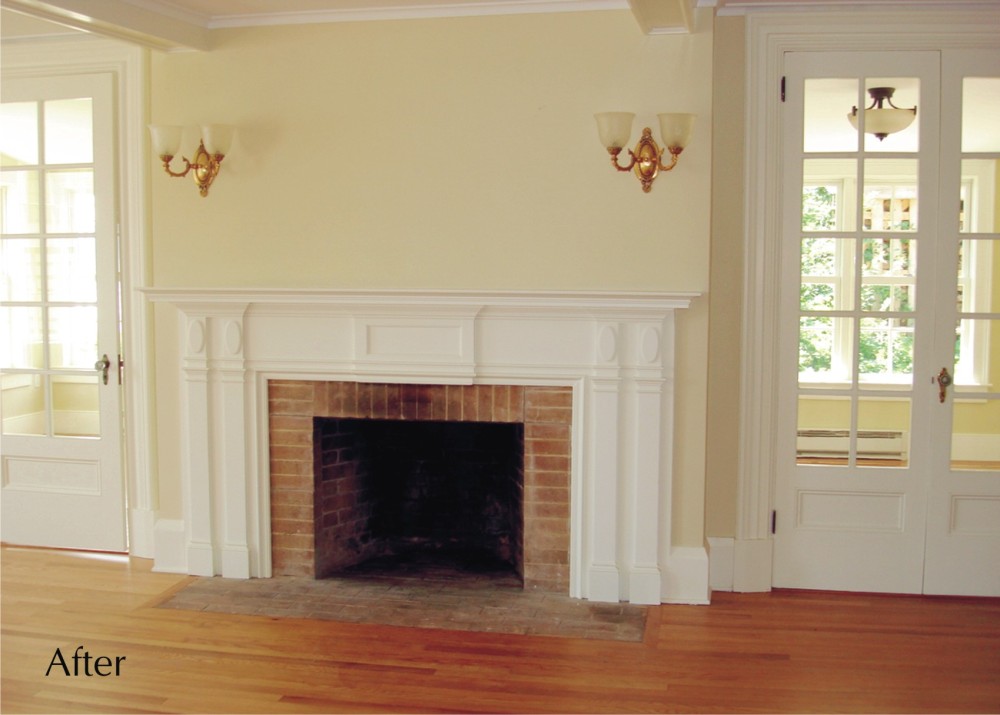 In the 1870s or 80s the house underwent extensive renovations. The prosperity brought by the shipbuilding and shipping industries meant that funds were available to modernize buildings. During the later years of the 19th century the façades of many Georgian and Colonial houses were Victorianized (ok, I know it’s not a real word but, if you are reading this magazine you probably understand what I mean). In the case of the Pickup House, two segmented front bays and dormers were added. The central entry porch was extended to a second floor and topped with another dormer. While the look of the original house was lost, it must have been the height of style in Victorian Granville Ferry.

Over the past few years, you needed to look fairly closely to see signs of the original dignity of the structure. Water had been allowed to penetrate the building in a number of places. Of course, this had led to rotting wood and a picturesque covering of white mould which was growing in parts of the building. Most of the original interior woodwork had been stripped away and the floors were becoming unstable. For those of us who worry about such things, this looked like it was going to be yet another grand old house sliding further and further into disrepair. It is at this point that Leslie Langille stepped forward to purchase the house.

One of the first changes Leslie made to the building would be a controversial one in the minds of some people in the heritage community. Due to the poor condition of the Victorian bays they were removed. Luckily, the amount of rot in the bays made removal quite easy. They were essentially pushed over by the work crew. Since the plan was to make the building look more like it had originally, there was really no reason to keep the bays in place. On the roof, the Victorian gable dormers were replaced by three shoulder dormers. A Victorian granny suite was also removed during renovations. In fact, a total of 28 dumpsters worth of debris were removed from the house.

One of the biggest problems encountered during the renovations was determining what material was original and what dated from later renovations. Since much of the woodwork was gone, there was not much to provide clues. What bits of woodwork were still in the house, as well as various pieces found in an out-building, were replicated. While two of the upstairs mantles appear to be original, the fireplaces themselves had all been converted to burn coal (probably around the time the bays were added). Another issue was that when original material was in place, it had often suffered substantial water damage. For example, hours were spent cleaning, sanding and oiling the stair rails. Whenever possible, a serious attempt was made to salvage this damaged material.

In preparing to write this article, Leslie took me on a tour of the newly renovated house. I suppose that the most obvious question I had for him was, considering the condition issues, why this house? Having had the good fortune to work with Leslie on a couple of projects in the past, I was not entirely surprised by his answer. “When I moved to the Annapolis Royal area in 1989, I realized that this was an early house. I wanted to do it back to the way that it should look.” He went on to say, “I am interested in houses in danger of being bulldozed or lost. Other houses, the ones which have had some care, someone will come along to look after them. As long as the house has a good location and the bones are in place, I am interested.” He made clear that, with this project, his goal was to create a house for those who like old houses but do not necessarily want to live with the various foibles inherent in this sort of building. In terms of kitchens, bathrooms and insulation, some accommodations were made for modern living. 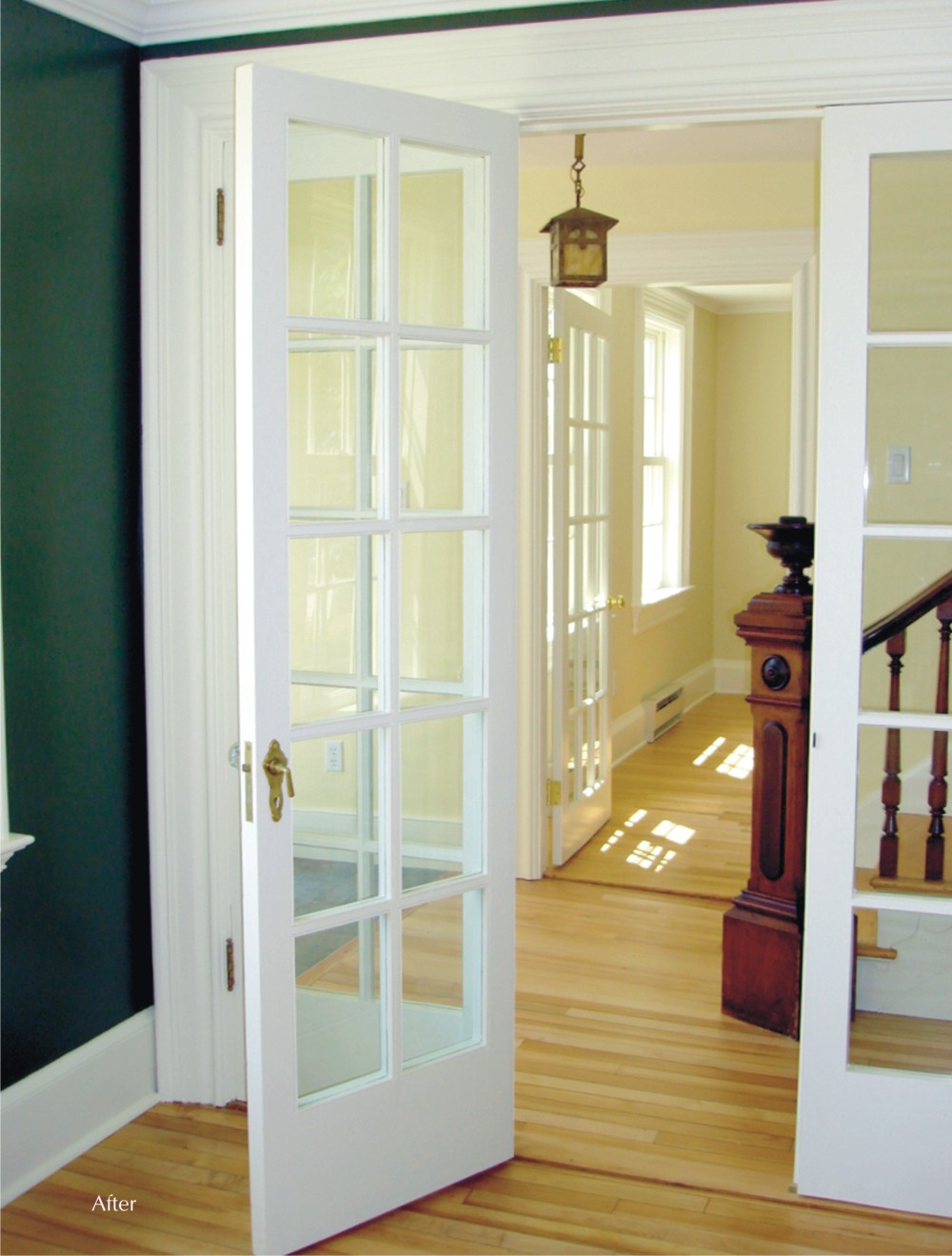 As you drive through Granville Ferry today, you are not greeted with the sad sight of faded glory. In its time, the Pickup House has been changed, altered and modified in many different ways. Perhaps more damaging than the modifications, the house had been allowed to severely deteriorate. This time, a knowledgeable hand and a sympathetic renovation have given the house back its dignity.