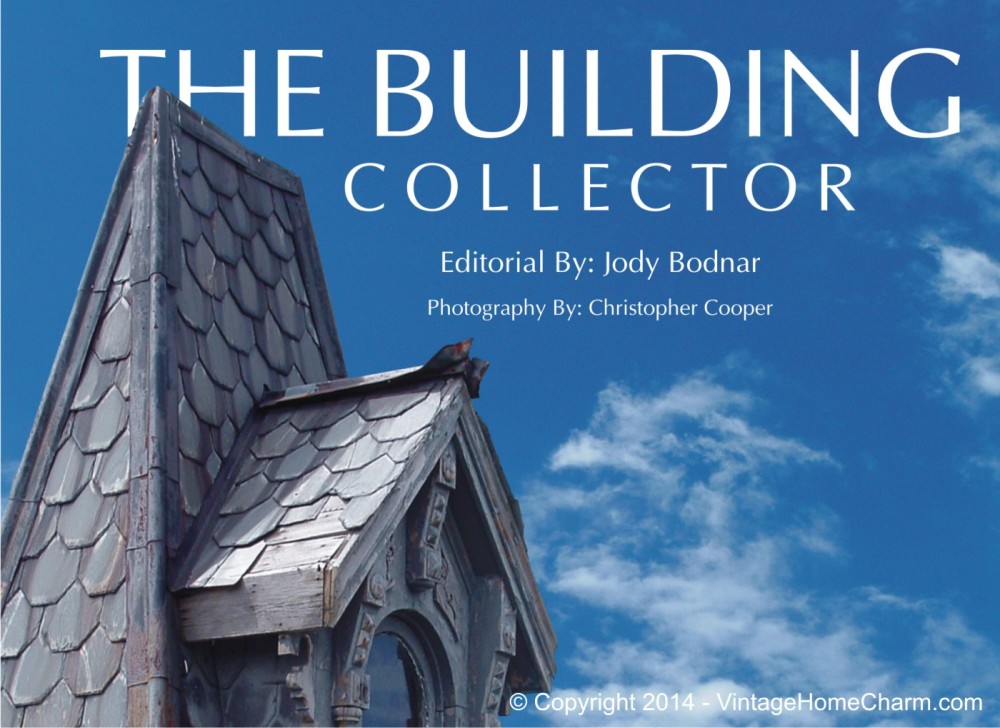 There was once a little boy who collected bottle caps and candy wrappers, baseball cards and butterflies. This was followed by stamps, coins and cacti. And later still, antiquarian books, collectibles and antique furniture. And, finally, buildings. The latter being the most interesting by far.

Now, at age 60, this same little boy; namely myself (Jody Bodnar), continues to collect – and hopefully with some purpose in mind now.

In 1987 I moved to Lynedoch to rent a home as a temporary residence. Now, 28 years later, I own that home (an 1890’s 2-storey farmhouse) and have created a series of grounds and gardens around that home interspersed with a few other buildings, which are really over-sized antiques.

These ‘other’ buildings I had relocated onto the property. They include (in order of appearance): a 2-seater outhouse (practical considerations first), a corn crib, a bank, a church, an ice house, and a hot dog stand. They all seemed to be charming in their own way and in need of a ‘safe harbour’.

Over the years, 19th century architecture has become an interest of mine – not that I’m very knowledgeable but more appreciative than anything. Nonetheless, if I can do anything to help in the recognition of the importance of these buildings, so much the better. Bringing buildings home to my own property has been a very gratifying experience, indeed, and something I hope to do more of.

Unfortunately, however, the collecting of buildings requires a lot of space. Secondly, it is usually a very expensive proposition – before, during and after the move. It really should be a ‘rich man’s game’. However, as in my case, these things are sometimes left to those of us with modest means but a keen desire to do our part, with any and all hardships taken in stride.

Buildings are not only a testimony and history of our past, but are part of our national treasure which, by the way, is not being stewarded very well. For better or worse we live in a society that fosters a ‘buy new, buy now’ mentality. And this, coupled with a disposable approach to living, (the idea of preserving anything is becoming more foreign all the time) makes it increasingly difficult to preserve our heritage.

Perhaps the Number Six issue of Edifice Vintage Home magazine reflects my sentiments best when referring to Mr. Jackson Downing (celebrated 19th century Architect and Landscaper), for whom I feel a real kinship, when I consider his philosophy of buildings and their landscape. The two create a wonderful marriage, and as in great marriages, certain synergies develop. Moreover, a wonderful building without a setting to showcase it is like a great painting without a frame.

Over time some of our best remaining architecture has lost much of its impact due to changes in the setting of the buildings. For instance, many grand homes of the 19th century had great sweeping lawns to help give them balance and harmony with their ‘natural surroundings’. Today many of these homes are squeezed in between newer buildings. The result – a ‘picture too big for its frame’.

Much more of our architectural heritage should be preserved with the utmost haste as it is priceless and irreplaceable. Oddly enough, even given our advanced skills and technology, we can no longer build to the quality and standards of even 100 years ago. The craftsmen and materials have simply disappeared.

As a gardening and landscaping enthusiast, I have amassed many hundreds of specimens of plant material, including woody trees and shrubs and herbaceous perennials, many of which are native and Carolinian. In and among this living landscape are the buildings, which can be said to be functional sculptures.

A landscape can be described as a ‘living river’ of natural materials slowly meandering around one or more buildings. Although the movement in the landscape seems almost imperceptible at first, little by little it begins to take on motion as our eyes lock into views and vistas. The landscape is always in a state of flux day and night, season by season.

So many things can influence the architectural landscape and these are limited only by the artist’s eye and imagination, resulting in some of man’s best creations. The best part about our landscaping efforts is that they are continually being ‘nourished’ by Mother Nature and Father Time, our metaphysical parents, so that eventually we get more than we bargained for – something akin to compound interest.

The trick to melding buildings into the landscape is in the juxstapositioning. When this is done correctly, and that is to say in what would be generally agreed to be a pleasing manner, then both building and plant material are enhanced and become greater than the sum of their parts. And with any luck a thing of beauty is created, and therefore, becomes ‘a joy forever’.

Although I have seen some absolutely stunning heritage buildings – both residential and commercial over the years, my personal favourite is the old post-and-beam barn. Perhaps it is because of its materials and construction, or the way of life that was associated with it. Nonetheless, I look forward to bringing one home someday.

And, as for those little boys and girls with their bottle cap collections – well, they could be on to something, too.